Design a site like this with WordPress.com
Get started
Skip to content
Steve Pringle Uncategorized June 28, 2019 3 Minutes 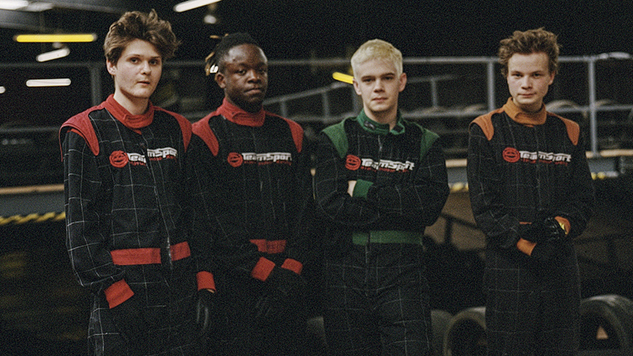 These days – especially if you read music websites, stream tracks, etc. – you are offered a thousand and one recommendations every day, and the sheer volume of the music on offer is often overwhelming. Who amongst us does not have a lengthy queue of ‘must get around to listening to’ albums in much the same way as you have that teetering pile of books that you aim to get through next summer?

So far, so stating the bleeding obvious. But: there are few finer experiences than when you have one of those ‘wow’ experiences with a new band. And this is as true now, under the multitudinous deluge of online material, as it was when we used to thumb through racks of vinyl in dusty second-hand record shops.

For me – and I’m sure this is also the case for many reading this – the delight of discovery is often an historical event. The expansive possibilities of the internet have largely led me to unearthing material from the past (mainly the late 60s/early 70s in recent years); there are seemingly endless avenues of discovery with that era’s psych/stoner/blues-rock that have led in me into several rabbit-holes of introspective immersion. However – and, on the cusp of my 50th birthday, I’m aware how old this makes me sound – it’s a rare occurrence when these discoveries actually evolve a new band. Too often, new artists fill me with a sense of resigned déjà vu. Idles are a prime example – to me, the undoubted energy can’t disguise the recycling of elderly clichés and obvious rock ‘n’ roll posturing.

Some days, it just feels like it’s all been done before.

I first came across black midi via The Quietus. (If you’ve never read tQ, you should; if you have, you should contribute.) I was web-browsing on my phone in bed before settling down for the night when I came across this. Speedway was pretty striking: its awkward, almost hesitant stuttering rhythm and off-hand vocals put it on the ‘to listen’ list.

And then, I forget about it; and them.

But then, five months later, for reasons I don’t really recall, the band popped back into my mind. And Google took me to this:

I honestly can’t remember being as blown away by a live performance as I was by this.

Opener Near DT, MI brings together the angular dissonance of Slint and the delicacy of Explosions In The Sky and then overlays it with some demented shrieking distortion. 953 links monstrous off-kilter riffs with passages of almost pastoral lightness; the communication between the band between transitions is spookily telepathic. Ducter is jerky, frenetic, insistent and dissolves into a huge, thrashing breakdown (and guitarist Matt Kelvin inexplicably wearing a construction site helmet).

As it goes on, one of the most striking things is the taut, controlled aggression wedded to an instinctive sense of mood and pace; the communication between the four of them is remarkable, not least because to these elderly, jaded eyes, they all appear to be about 13 years old. Also – and I’m conscious that I don’t want to belittle the contributions of Geordie, Matt and Cameron – Morgan Simpson’s drumming is simply incredible throughout (it’s hard to take your eyes off him) – he seems to find layers underneath the rhythm where you feel momentarily that he’s lost the beat but he suddenly launches back into it like you’re the fool for ever doubting him.

The group’s set piece, that they finish with here, is bmbmbm. Rooted in a singular, throbbing bass note, it’s possibly the track that will decide whether you can cope with them or not. Geordie Greep’s vocal veers into challenging territory, high-pitched, desperate, keening and wailing. It’s the factor that puts some people off, but it’s unlike anything I’ve ever heard before; verging on ridiculous but moving, odd and challenging.

Overall, the sheer sense of adventure and invention is unlike anything I’ve heard in a long while. And I haven’t even got to the album, which I’ve listened to incessantly over the last few weeks, more so than… I’m struggling to remember. I’ll get to the album shortly.