Design a site like this with WordPress.com
Get started
Skip to content
Steve Pringle Uncategorized December 21, 2018 3 Minutes 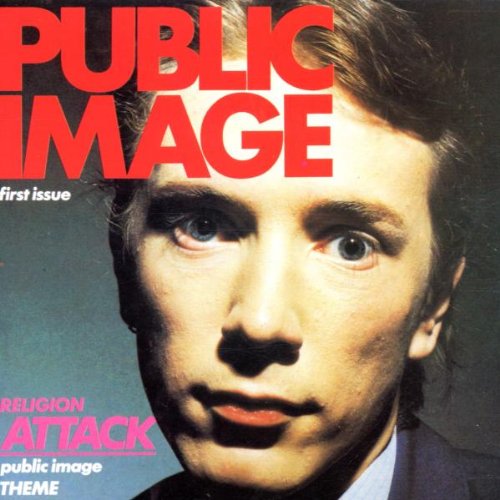 Introduction
XTC, The Chameleons and LCD Soundsystem wait patiently in the queue, having been suggested by various online acquaintances. However, I wanted to do this one next as it was suggested by Jamie (who is responsible for Oh! Blogger!). I recently met up with Jamie, as my work travels often take me to where he is a student, and we had an interesting and wide-ranging conversation regarding – obviously – music.

One of the most interesting things to emerge from the conversation was his commitment to the album as an art form. We touched on a few artists that I thought were worthy of his consideration, but he was resistant to the idea of ‘doing you a mix’, etc.  I think Jamie’s part of a dying breed; I know that my kids, for example, just like individual songs and don’t really have any interest in the idea of an album.

Anyway, to cut a long story short, we got on to the subject of PiL. I had to press him regarding which album I should consider, and he umm-ed and ahhh-ed for some time before eventually (hesitantly) suggesting the debut album.

Public Image Ltd
Having been only nine when the single Public Image was released, I have a very vague memory of it being played on Top of the Pops, but it’s no more than that. I’ve been directed several times, via articles I’ve read, friends’ recommendations, etc. to, for example, Metal Box and Flowers of Romance. But it’s another example of a band where I’ve considered it to be ok without ever quite connecting with it.

Before giving this album some serious consideration, I have to say that I was only really very familiar with the obvious: Public Image, Rise, and This Is Not a Love Song. PiL, to me, were one of those ‘quite interesting, I must at some point listen to more’ bands.

First Issue
The album’s opener, Theme, is a simply astonishing piece of work. One of those ‘I can’t believe that I haven’t listened to this more often’ moments. Keith Levene’s guitar is remarkable: distorted and angry yet completely focused; intense and hypnotic; it slashes and swirls and creates a maelstrom of shrill, aggressive noise. Jim Walker’s drumming is solid; studied rather than flamboyant, but anchoring the song imperiously. I had this song on in the car a few days ago, and my nineteen-year-old commented that it sounded ‘like someone losing their mind’. Which is fair comment, as Lydon’s vocal is a perfect mixture of rabid hysteria and calm menace.

It’s an incredible song: nasty, angular, disturbing… I’ve listened to this dozens of times of the last couple of weeks and have yet to tire of it.

Public Image, if far more familiar, is equally effective. The ‘hello… hello’ introduction is one of those genuinely classic moments, and the cackle at 0:10 drips with sardonic glee. Levene’s guitar line is very different to that on Theme, but is equally effective: a driving, chorus-heavy assault that’s full of energy and aggression. I’ve never been entirely sure about “post-punk” as a genre, but if it really exists, then this – to my mind – is what it sounds like.

Annalisa has another urgent, driving riff that is complemented perfectly by Lydon’s shrill, keening vocal. Low Life is also a highlight: another great, trebly and acerbic guitar part that is matched wonderfully well by Lydon’s strained yet disdainful voice. It’s relatively accessible, dare I say even quite poppy – although this judgement may well be influenced by having listened to Theme several dozen times over the last couple of weeks.

The album is not without its missteps. Religion I, however much it might attune to my personal views, has a rather po-faced sixth-form poetry air to it. Attack is a rather undeveloped idea. Fodderstompf is rhythmically interesting, but the falsetto vocal becomes tiresome very quickly.

In Conclusion…
Theme is worth the price of admission alone; Public Image is undoubtedly among the most remarkable singles ever released. It’s an intriguing album that was well worth investigation; there’s an admirable f*ck you attitude that runs right through it. It’s impressively, resolutely uncommercial  (Warner Bros. baulked at even releasing it in the US) and must have confounded anyone who expected Lydon just to produce his own version of the Sex Pistols. And so early PiL releases join the pile of albums that I really must get around to listening to properly…